​Teaching Young Men to excel in education and leadership

Learn More about getting your own S.M.A.R.T. Apparel

The S.M.A.R.T. Co. was established in 2016 by a group of young entrepreneurs in Winston Salem, North Carolina. These young men and women wanted to express themselves through the brand name S.M.A.R.T. (Student Making A Right Turn) using tee shirts as a model for the positive images associated with this endeavor. Think It...Believe It...Act It!, "Muscle Up with Smart", and other S.M.A.R.T. emblazoned tee shirts are examples of why they chose to use this acronym as the umbrella for their business.

S.M.A.R.T. (Students Making A Right Turn) is a youth program which originated in 2011 and became fully active in 2012. The young adults are offered the services of mentoring, tutoring, entrepreneurship, technology, networking and innovative techniques which all is a plus as we move throughout the 21st century. 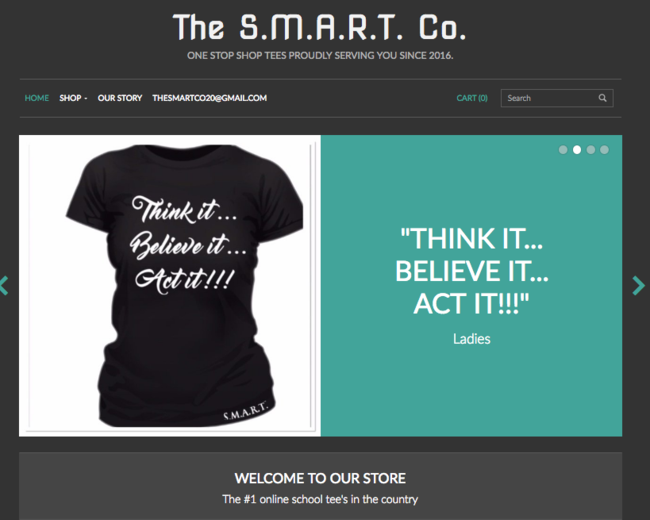